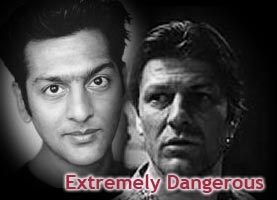 Former MI5 agent, Neil Byrne, has been accused of butchering his wife and child, and sentenced to life. Someone from his past sends him a book with cryptic codes, so he escapes, but soon finds he’s just a pawn in someone’s game. His life is in danger and also people around him. Despite the danger he gambles everything on finding out who the real killer is, if there is one. The cop responsible for the case against him claims many killers are convinced they’re innocent. What is the real truth?